A Bloody Dawn: The Irish at D-Day

What is less well known, however, is that thousands of Irish and members of the Irish diaspora were among the Allied units that landed on the Normandy beaches. Their vital participation has been overlooked abroad and even more so in Ireland.

There were Irish among the American, British and Canadian airborne and glider-borne infantry landings; Irishmen were on the beaches from dawn, in and amongst the first and subsequent assault waves to hit the beaches; in the skies above in bombers and fighter aircraft; and on naval vessels all along the Normandy coastline. They were also prominent among the D-Day planners and commanders.

This Irish contribution to the most extraordinary military operation ever attempted in the history of warfare is at last told for the first time in A Long Day: The Irish at D-Day. 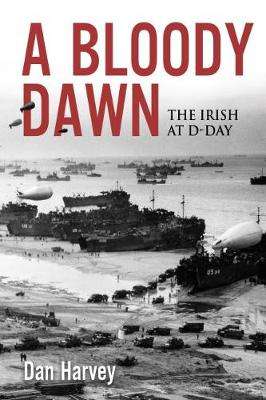 20% offPaperback
A Bloody Dawn: The Irish at D-Day also appears in these Categories: