A Man Sent by God is a fascinating account of the life and times of one of Ireland's most revered holy men. The reader is guided through the various stages of John Sullivan's life from his childhood in Dublin, secondary school at Portora, university education at Trinity College, and his call to the bar in London. This is followed by an account of the second part of his life when he converted to Catholicism, entered the Jesuit order, and lived an ascetic and spiritual life in his various ministries, but most especially at his ministry in Clongowes Wood College in County Kildare. It is his work here, especially with the poor and the sick, which has led to his beatification by Pope Francis. His will be the first beatification to take place in Ireland. It is expected to happen in early summer 2017. 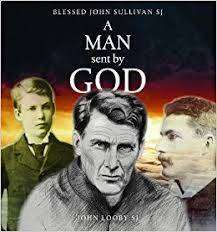 20% off
The Village of Bernadette: Lourdes - Miracles, Stories and Cures: The Irish Conn
Colm Keane
€11.99

66.5% off
The Highest Poverty: Monastic Rules and Form-of-Life
Giorgio Agamben
€16.00

27.5% off
Journeys of Faith: Stories of Pilgrimage from Medieval Ireland
Louise Nugent
€13.59