After Jonathan Lambshead's elusive grandfather dies, the recently orphaned teenager inherits the family mansion - and its contents. Jonathan soon discovers that the mansion's basement holds more than just oddities: three doors serve as portals, with one leading to an alt-Earth called Aurora, where magic abounds, history has been re-written, and an occult dictator called Aleister Crowley leads an army pillaging alt-Europe. Jonathan learns of his destiny as a member of The Order, a secret society devoted to keeping our world separate from Aurora, and embarks on an epic quest to protect Earth from Crowley's dark magic. Over the course of the duology, Jonathan uncovers more of the worlds outside of our own, the magic that permeates them, his own destiny, and the secrets buried in his family history. 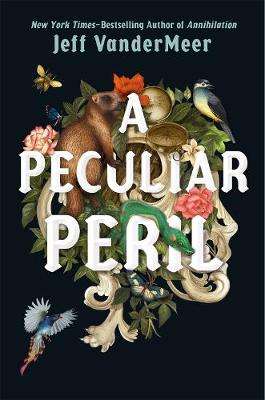 Hardback
A Peculiar Peril also appears in these Categories:

We Are All the Same in the Dark
Julia Heaberlin
€15.65