A Prince and a Spy

Sweden, 1942 - Two old friends meet. They are cousins. One is Prince George, Duke of Kent, brother of the King of England. The other is Prince Philipp von Hesse, a committed Nazi and close friend of Adolf Hitler. Days later, the Prince George is killed in a plane crash in the north of Scotland. The official story is that it was an accident - but not everyone is convinced. There is even a suggestion that the Duke's plane was sabotaged, but with no evidence, Cambridge spy Tom Wilde is sent north to discover the truth . . . 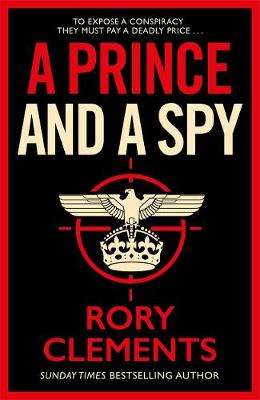 Trade Paperback
A Prince and a Spy also appears in these Categories:

The Ballad of Lord Edward and Citizen Small
Neil Jordan
€20.00

17% off
The Law of Innocence: The Brand New Lincoln Lawyer Thriller
Michael Connelly
€14.99