A Shadow Above: The Fall and Rise of the Raven

For millennia, we have tried to explain ourselves using the raven as a symbol. It occupies a unique place in British history and has left an indelible mark on our cultural landscape. The raven's hulking black shape has come to represent many things: death, all-seeing power, the underworld, and a wildness that remains deep within us. Legend has it that the fate of the nation rests upon the raven, and should the resident birds ever leave the Tower of London then the entire kingdom will fall. While so much of our wildlife is vanishing, ravens are returning to their former habitats after centuries of exile, moving back from their outposts at the very edge of the country, to the city streets from which they once scavenged the bodies of the dead. In A Shadow Above, Joe Shute follows ravens across their new hunting grounds, examining our complicated and challenging relationship with these birds. He meets people who live alongside the raven in conflict and peace, unpicks their fierce intelligence, and ponders what the raven's successful return might come to symbolise for humans in the dark times we now inhabit. 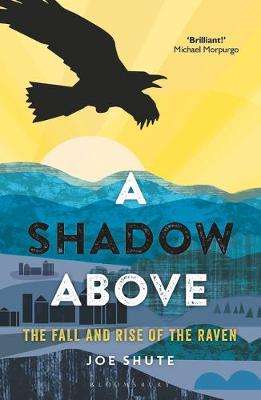 Paperback
A Shadow Above: The Fall and Rise of the Raven also appears in these Categories:

No One Is Too Small to Make a Difference
Greta Thunberg
€4.95

2.5% off
The Twelve Birds of Christmas
Stephen Moss

Dogs: A Philosophical Guide to Our Best Friends
Mark Alizart
€16.05