A Time of Birds: Reflections on cycling across Europe

Finding herself at a crossroads and in need of a change from her job and domestic responsibilities, Helen Moat set herself the challenge of a lifetime: she got on her bike and embarked on an epic cycle ride across Europe, all the way to Istanbul, accompanied by her eighteen-year-old son. They followed the great rivers to the edge of Asia, meeting along the way a beguiling cast of characters and a series of astonishing sights, providing ample time for reflection. Crossing a continent shaped by war and peace, peoples divided and reunited, Helen reflects on her own upbringing during Northern Ireland's Troubles. And the birds she spots along the way invoke the spirit of her father, his love of birds and the legacy of his religion and occasional melancholy. Helen's life-affirming journey proves to be both literal and metaphorical - and a celebration of humanity and all its quirky individualism. 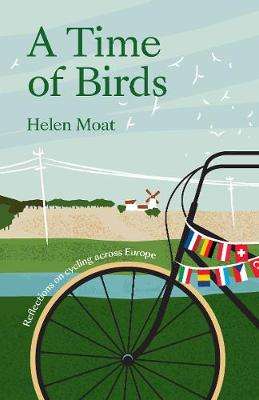 Paperback
A Time of Birds: Reflections on cycling across Europe also appears in these Categories:

A Chip Shop in Poznan: My Unlikely Year in Poland
Ben Aitken
€12.50

Concise World Atlas: An Encyclopedia in an Atlas
DK
€22.50