He lived a double-life in the sixties Faked his own death in the seventies And retained his cover in the eighties A period thriller with powerful political and espionage themes, Agent Twister is the remarkable story behind one of the greatest scandals of the 1970s, told in full for the first time. If you think you know the true story of John Stonehouse - think again. It's November 1974 and John Stonehouse MP, once a star in Harold Wilson's Labour government, is missing in Miami, presumed drowned. His disappearance exposes the most lurid details of his life, including identity fraud, corporate corruption, a love triangle, blackmail, links with the Mafia and a decade-long career as a Soviet spy. The public are gripped by this story, happy to forget the strikes, IRA bombs and rising prices that are making daily life a misery. On Christmas Eve, Stonehouse is tracked down in Melbourne, Australia, where he is suspected of being that other missing Englishman, Lord Lucan. The comic absurdity of the story is offset by claims of a mental breakdown and a refusal to resign as an MP, even when he is extradited back to the UK and up on charges at the Old Bailey. For the first time, Agent Twister reveals the corporate crimes at the heart of Stonehouse's business empire, the true extent of his ten-year collusion with powerful Soviet proxies and the political consequences of his antics. It's a scandal greater than Profumo that lay buried for thirty years, with three prime ministers - Wilson, Callaghan and Thatcher - covering it up for very different reasons. Agent Twister is the first impartial account to put this extraordinary scandal in political context and reveal why John Stonehouse really disappeared. 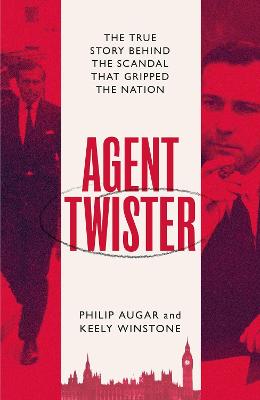