Winner of the Pulitzer Prize, published in hardback to exceptional reviews in both the US and the UK, "American Prometheus" is as compelling a work of biography as it is a significant work of history. Physicist and polymath, as familiar with Hindu scriptures as he was with quantum mechanics, J. Robert Oppenheimer - director of the Manhattan Project that developed the atomic bomb - was the most famous scientist of his generation.

In their meticulous and riveting biography, Kai Bird and Martin J. Sherwin reveal a brilliant, ambitious, complex and flawed man, profoundly involved with some of the momentous events of the twentieth century. 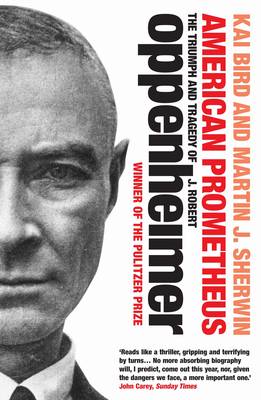