Winner of the Man Booker Prize for 1998.

On a chilly February day two old friends meet in the throng outside a crematorium to pay their last respects to Molly Lane. Both Clive Linley and Vernon Halliday had been Molly's lovers in the days before they reached their current eminence, Clive as Britain's most successful modern composer, Vernon as editor of the quality broadsheet, "The Judge". Gorgeous, feisty Molly had other lovers too, notably Julian Garmony, Foreign Secretary, a notorious right-winger tipped to be the next prime minister.

In the days that follow Molly's funeral, Clive and Vernon will make a pact that will have consequences neither has foreseen. Each will make a disastrous moral decision, their friendship will be tested to its limits and Julian Garmony will be fighting for his political life. A contemporary morality tale that is as profound as it is witty, this short novel is perhaps the most purely enjoyable fiction Ian McEwan has ever written.

And why Amsterdam? What happens there to Clive and Vernon is the most delicious shock in a novel brimming with surprises. 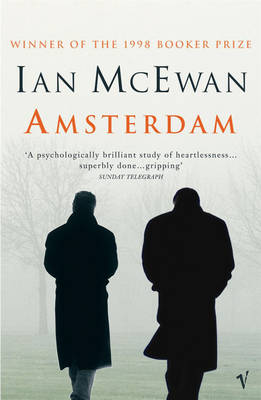