#1 New York Times bestselling author Renee Ahdieh returns with a sumptuous, sultry and romantic new series set in 19th century New Orleans where vampires hide in plain sight. 'Incredibly ornate [and] lush . . . nail-biting and swoony and satisfying and tense all at the same time' Sabaa Tahir In 1872, New Orleans is a city ruled by the dead. But to seventeen-year-old Celine Rousseau, it's also a safe haven after she's forced to flee her life in Paris. Quickly enraptured by the vibrant city, from its music to its extravagant soirees and even its danger, she soon becomes embroiled in the city's glitzy underworld, and particularly the group known as La Cour des Lions. But when a body is found in their lair, Celine is forced to battle her attraction for the group's enigmatic leader, Sebastien Saint Germain, and suspicions about his guilt, along with her own secrets. As more bodies are discovered, New Orleans becomes gripped by the terror of a serial killer on the loose - one who seems to have Celine in his sights. But when she finally takes matters into her own hands, she finds herself caught in the midst of an age-old feud between the darkest creatures of the night, where the price of forbidden love is her life. 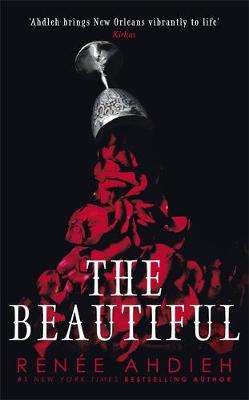 Paperback
The Beautiful also appears in these Categories: