To any self-respecting sewing fan, Esme Young needs no introduction. The diminutive judge of The Great British Sewing Bee has a sharp eye for a wonky seam, and an even sharper eye for a good necklace. Her life, in many ways, is the story of post-war Britain. Born in 1949, she spent her childhood mostly outside and very much unsupervised. She discovered sewing aged 7, and a passion was born. As a teenager, she made her way to London and Central St Martins, when her life truly began. Living in a squat with other young creatives, Esme made the most of the creative hey day '70s and '80s: watching Notting Hill Carnival with David Bowie, starting a clothing line called Swanky Modes with three friends and 50 quid each. The '90s saw another career move, this one into costumes for films such as Bridget Jones's Diary and The Beach, before she moved onto the small screen herself. A celebration of a creative life lived differently, Behind the Seams is a reminder that it's never too early, too late or too soon to pick up a needle and start stitching in a new direction... 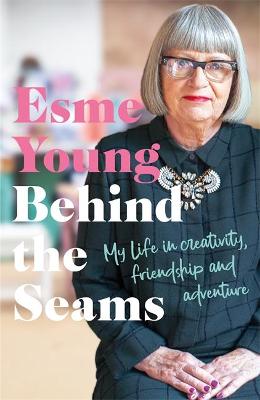 Hardback
Behind the Seams also appears in these Categories:

Life As Told by a Sapiens to a Neanderthal
Juan Jose Millas
Hardback
€18.75

How to Be Your Own Therapist
Owen O'Kane
Trade Paperback
€21.25

The Only Place For Us: An A-Z History of Elland Road, Home of Leeds United
Jon Howe
Hardback
€24.99