Given that insects vastly outnumber us (there are approximately 200 million insects for every human) it is no surprise that there is a rich body of verse on the creeping, scuttling, flitting, stinging things with which we share our planet. Many cultures have centuries-old traditions of insect poetry. In China,where noblewomen of the Tang dynasty kept crickets in gold cages-countless songs were written in praise of these 'insect musicians'. The haiku masters of Japan were similarly inspired, though spread their net wider to include less prepossessing bugs such as houseflies, fleas and mosquitoes. In the West, poems about insects date back to the ancient Greeks, and insects feature frequently in European literature from the 16th century onwards. The poets collected here range from Donne, Marvell, Keats and Wordsworth; Emily Dickinson, Gerard Manley Hopkins and Christina Rossetti, to Elizabeth Bishop, Mary Oliver, Ted Hughes, Paul Muldoon and Alice Oswald. In translation there is verse by - amongst others - Meleager and Tu Fu, Ivan Turgenev, Victor Hugo, Paul Valery, Pablo Neruda, Antonio Machado and Xi Chuan. Bees, butterflies and beetles, cockroaches and caterpillars, fireflies and dragonflies, ladybirds and glowworms--the miniature creatures that adorn these pages are as varied as the poetic talents that celebrate them. 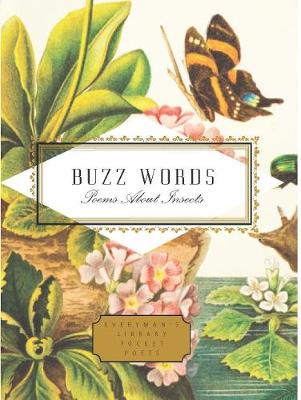 Dancing By The Light of The Moon
Gyles Brandreth
€13.40

Eat Or We Both Starve
Victoria Kennefick
€13.75

I Would Leave Me If I Could: A Collection of Poetry
Halsey
€20.45

How to Fly: (In Ten Thousand Easy Lessons)
Barbara Kingsolver
€18.05