The next book in the no 1 Sunday Times bestselling Camino Island series! When Hurricane Leo threatens Florida's Camino Island, the Governor is quick to issue an evacuation order. Most residents flee but a small group of diehards decide to ride it out. Amongst them is Bruce Cable, proprietor of Bay Books in downtown Santa Rosa. The hurricane is devastating: homes and condos are levelled, hotels and storefronts ruined, streets flooded, and a dozen people are killed. One of the victims is Nelson Kerr, a friend of Bruce's who wrote timely political thrillers. But evidence suggests that the storm wasn't the cause of Nelson's death - he had received several mysterious blows to the head. Who would want Nelson dead? The local police are overwhelmed with the aftermath of the storm and in no condition to handle the case. Bruce begins to wonder if the shady characters in Nelson's novels were more fact than fiction. And somewhere on Nelson's computer is the manuscript of his new novel - could the key to the case be right there, in black and white? Bruce starts to look into it and what he finds between the lines is more shocking than any of Nelson's plot twists - and far more dangerous. Praise for Camino Island 'A bewitching blend of high-stakes spying mission and summer romance, with a fascinatingly ambiguous central character' - The Sunday Times 'The gripping plot will have you devouring the chapters in such a frantic fashion you'll begin to wonder if you are somehow complicit in this perfect crime' - Heat 'Grisham shows charm, wit and a light touch' - The Times 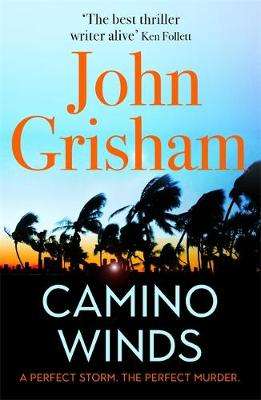