EOIN LARKIN is a hurling hero. Eight times an All-Ireland winner with Kilkenny and each of them as a starting player - a record matched by Christy Ring, John Doyle and JJ Delaney and bettered only by Henry Shefflin in hurling history - he stands proudly alongside the legends of the game. A soldier who undertook NATO and UN tours of duty in war-torn Kosovo and Syria, he fought many a battle in the famous black and amber but his biggest fight was shrouded in secrecy - until now. Larkin suffered from depression. Day by day it crept up on him and invaded his every waking thought, to the point where suicide increasingly commanded his thoughts. Caught in an unforgiving man's world, he refused to acknowledge his problems, much less deal with them, until the day came that he could ignore them no longer. What happened next provided a turning point for Larkin to confront his demons and emerge as a changed man. Told with honesty and raw emotion, Eoin Larkin: Camouflage - My Story is a moving and revealing book that will surprise and inspire GAA fans who have followed Larkin's stellar career and will further open up the very topical debate around mental health in sport. 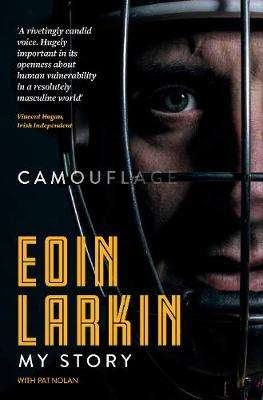 My Life and Rugby: The Autobiography
Eddie Jones
€18.50

Chaos is a Friend of Mine
Ewan MacKenna

Starting From Scratch: Inspired to be a Jump Jockey
Henrietta Knight
€24.70