Hailed as the greatest Scottish talent of his generation, George Connelly made 254 appearances for Celtic and played in the Scotland team that qualified for the 1974 World Cup Finals. But at the age of 26 he walked away from football and the promise of a glittering career. So, what went wrong? George Connelly had a rare talent. He could pass long or short with unerring accuracy, could entertain crowds with his keepie-uppie skills and seemed to have the world at his feet. But with a troubled private life and the pressures of stardom weighing on his shoulders, the man behind the laidback exterior was falling apart. In Celtic's Lost Legend, George Connelly tells the remarkable story of why he walked away from his dreams and from the team he loved. Here, at last, he answers the question that has intrigued football fans for more than forty years. Whatever became of George Connelly? 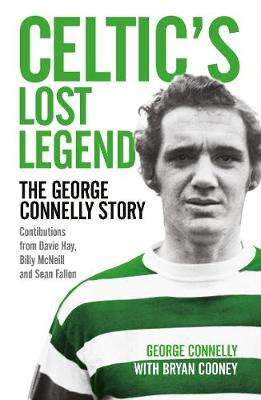