A featured book of Wonderfest 2020, celebrating Irish Childrens Books. An enthralling novel of two intertwining stories based on real events in 19th century Ireland and the Canadian Arctic. Two ships Arctic-bound, HMS Erebus and Terror, leave London in 1845, captained by the aging Sir John Franklin. How long they'll be gone depends on the ice. Meanwhile, second-in-command, Francis Crozier, worries about their inexperienced crew. In Derry, little Weesy Coppin dies of a fever but, as far as her sister Ann and brother William are concerned, her spirit returns to haunt them. While an anxious world waits for news of the Artic explorers, the Coppin family try to understand what is going in their home. But, then, one night, all is revealed when the truth literally steps out of the shadows. 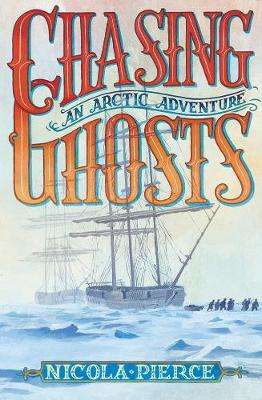