Citizen Cash: The Political Life and Times of Johnny Cash

Johnny Cash was an American icon, known for his level bass-baritone voice and sombre demeanour, for huge hits like "Ring of Fire" and "I Walk the Line." He's one of the best-selling musicians of all time, and his crossover appeal earned him inductions into the Country Music, Gospel Music, and Rock and Roll Halls of Fame. But he was also the most prominent political artist in the United States, even if he wasn't recognized for it in his own lifetime, or since his death in 2003. Then and now, people have misread Cash's politics, usually accepting the idea of him as a "walking contradiction." Cash didn't fit into easy political categories-liberal or conservative, Red state or Blue state, hawk or dove. Like most people, Cash's politics were remarkably consistent in that they were based not on ideology or scripts-but on emotion, instinct, and identification. He supported Richard Nixon in his Vietnam War policies, while also seeming to stand up both for those asked to fight the war and for those who protested against it. Instead of choosing sides, Cash channelled an emotional discontent that bridged America's youth and the "silent majority." Foley traces the political evolution of the Man in Black as a prominent public citizen. Drawing on untapped archives and new research on social movements and grassroots activism, Citizen Cash offers a major reassessment of a legendary figure.

Despatched after 16/12/21. A separate order should be placed for this item. If you order this along with other items, your entire order will be held and despatched when complete. 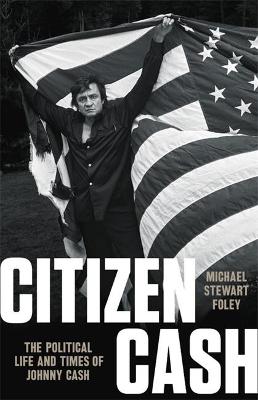 Hardback
Citizen Cash: The Political Life and Times of Johnny Cash also appears in these Categories:

Wagnerism: Art and Politics in the Shadow of Music
Alex Ross
Paperback
€18.50