'What a life! What a career!' Harold Pinter 'Boorman is one of the world's great directors, a master storyteller.' Paul Auster John Boorman is one of cinema's authentic visionaries whose travels have taken him from London in the Blitz to the pinnacle of Hollywood success: the man behind filmes such as Point Blank, Deliverance, Excalibur, Hope and Glory, and The General. Conclusions continues the story of his life that Boorman began with Adventures of a Suburban Boy and shares what has happened since its publication: films made (such as the award-winning The General) and unmade; new knowledge about the craft of film-making; and, ultimately, the story of of his kith and kin, including the death of his cherished elder daughter. Wielding a metaphorical Excalibur, Boorman's career has been a continual search for the truth that only art can convey, and this memoir shows him at his finest. 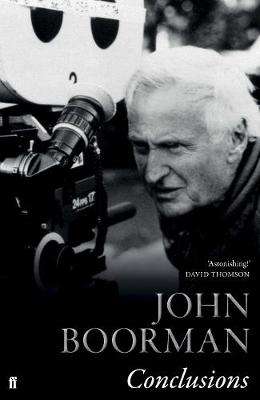