Nikolai Gogol's 'epic poem in prose', "Dead Souls" is a damning indictment of a corrupt society, translated from the Russian with an introduction and notes by Robert A. Maguire in "Penguin Classics". Chichikov, a mysterious stranger, arrives in the provincial town of 'N', visiting a succession of landowners and making each a strange offer.

He proposes to buy the names of dead serfs still registered on the census, saving their owners from paying tax on them, and to use these 'dead souls' as collateral to re-invent himself as a aristocrat. In this ebullient picaresque masterpiece, Gogol created a grotesque gallery of human types, from the bear-like Sobakevich to the insubstantial fool Manilov, and, above all, the devilish con man Chichikov. "Dead Souls" (1842), Russia's first major novel, is one of the most unusual works of nineteenth-century fiction and a devastating satire on social hypocrisy.

In his introduction, Robert A. Maguire discusses Gogol's life and literary career, his depiction of Russian society, and the language and narrative techniques employed in "Dead Souls". This edition also includes a chronology, further reading, appendices, a glossary, map and notes.

Nikolai Gogol (1809-52) was born in the Ukraine. His experience of St Petersburg life informed a savagely satirical play, "The Government Inspector", and a series of brilliant short stories including "Nevsky Prospekt" and "Diary of a Madman". For over a decade, Gogol laboured on his comic epic "Dead Souls" - before renouncing literature and burning parts of the manuscript shortly before he died.

If you enjoyed "Dead Souls", you might like Fyodor Dostoyevsksy's "The Brothers Karamazov", also available in "Penguin Classics". "Gogol was a strange creature, but then genius is always strange". (Vladimir Nabokov).

"I admire the way in which Maguire has kept his own brilliantly variegated vocabulary away from 20th-century phrases, without ever looking parodic or antiquarian". (A.S. Byatt, author of "Possession"). 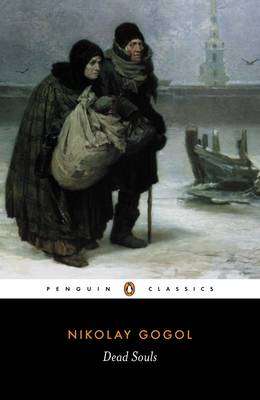