Dronehenge: The Story Behind the Remarkable Neolithic Discovery at Newgrange

In July 2018, Anthony Murphy and Ken Williams discovered a giant previously unknown monument close to Newgrange while flying their drones over the Boyne Valley. They found what archaeologists believe to be a Late Neolithic henge monument, measuring 154 metres (just over 500 feet) in diameter, and a number of other mysterious and intriguing features. Their discoveries became an internet and media sensation and made headlines all around the world. In the days, weeks and months that followed, there was intense interest in these gigantic relics of the prehistoric world. Archaeologists pored over the drone imagery and the National Monuments Service conducted their own helicopter flights over Bru na Boinne World Heritage Site to capture the features in more detail. In Dronehenge, Anthony Murphy tells the story of the remarkable discovery of this monument, and attempts to unravel some of its mysteries. Anthony describes the events that followed the first social media post about the discovery and how he spent three weeks doing little else but taking phone calls, answering emails and engaging in Skype calls with media all around the world. Lavishly illustrated, Dronehenge includes discussion of how this monument might have been constructed and what it might have been used for, and includes 3D models of its likely appearance. Anthony explains how the henge, along with the other features discovered, completely changes our view of the Bru na Boinne landscape, and why it will have archaeologists and historians studying them for many years to come. 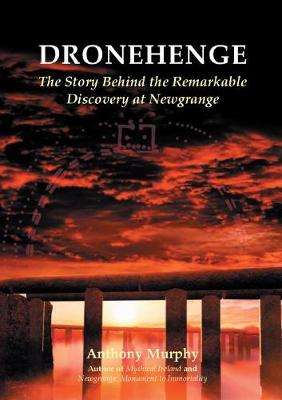 12.5% offPaperback
Dronehenge: The Story Behind the Remarkable Neolithic Discovery at Newgrange also appears in these Categories: