Between 1910 and 1940 Dublin's suburbs grew considerably. For the first time, planned suburbanization of the working classes became a stated policy, with new and idealistic schemes such as Marino, Drumcondra and Crumlin being built.

This was also a period when the modern town planning movement and evolving ideas about citizenship in the new State impacted on the shaping of the city. Many of the formative decisions that came to shape the modern low-rise, low-density city were taken at this time. The story of Dublin's development in the period from 1910 to 1940 covers a time of major political and social change in Ireland. The book is illustrated with maps and photographs. 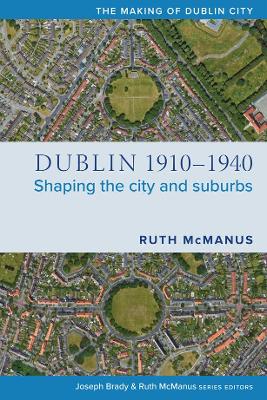 Paperback
Dublin, 1910-1940: Shaping the city and suburbs also appears in these Categories: