Along the way, we learn how drink, romance and rock-and-roll tore his personal life apart, but the loan of £500 helped him turn it all around, and how he stayed alive in the nightclub business of the 1980s and 1990s with a shotgun three inches from his face. Backstage Pass gives a first-ever behind-the-scenes insight into the inner workings of the Irish concert business, including an eye-opening look at where your ticket money goes. It also explores the poor treatment of young Irish acts by the commercial radio sector and the disappearance of opportunity in the music business of today. Illustrated with rare photos, this is the first backstage book of its kind on the Irish music and concert business and should be essential reading for all those with an interest in the music and concert scene in Ireland today. The authors Royalties will go to St Audoen's National School, Dublin 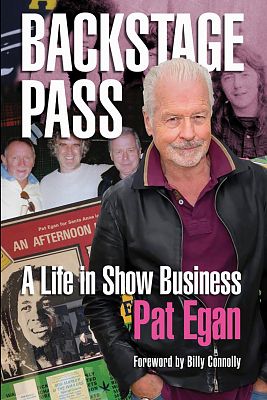 Paperback
Backstage Pass A life in Show Business also appears in these Categories:

20% off
Putting the Rabbit in the Hat
Brian Cox
Trade Paperback
€14.99