'I guzzled it up' Pandora Sykes, The High Low Show THE NEW YORK TIMES BESTSELLER A BOOK CLUB PICK AS FEATURED ON THE TODAY SHOW 'Everything a romantic comedy should be: witty, relatable, and a little complicated' People 'Effortlessly enjoyable . . . [a] pitch-perfect . . . adult love story that is as romantic as it is real' USA Today It's been a year since Evvie Drake's husband died, but she still can't leave the house. Her best friend Andy thinks it's because she's grieving, and she does nothing to make him think otherwise. Dean Tenney was once a sports star. Now he's a former sports star who has lost his ability to throw a ball better than anyone else, and he can't even explain why. When Dean moves into the apartment at the back of Evvie's house, the two make a deal: Dean won't ask about Evvie's dead husband, and Evvie won't ask about Dean's failed career. But as Dean and Evvie grow closer, could it be that these rules are the one thing in the way of them starting over? 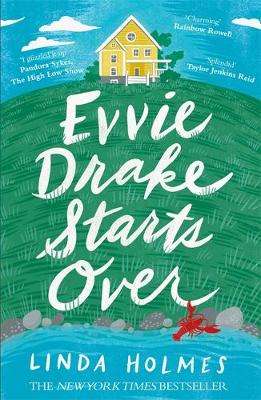 Paperback
Evvie Drake Starts Over also appears in these Categories:

I Capture the Castle
Dodie Smith
€9.99