Federer: The Greatest of All Time

Roger Federer is not only one of the greatest tennis players ever to pick up a racket - if not the greatest - but he is one of the global icons of our time. Characterised by a mixture of passion and calmness, a fierce competitor with a regal bearing, he is both an athlete and an ambassador, a street fighter and a statesman. But who is he really? And what are the experiences and influences that have shaped him into the world figure he is today? This acclaimed biography, first published in 2006 and now fully updated in its ninth edition, traces Federer's life and career, from his first tentative swings with a racket to legendary status. The vastly experienced writer, broadcaster and tennis historian Chris Bowers talked exclusively to many of the people who helped shape the young Roger Federer, and together with his own experiences following Federer's career from his junior title at Wimbledon at age sixteen to his twentieth major title nineteen years later, he presents an affectionate and analytical portrait of one of the great names of modern-day sport. His book has enough information to satisfy the most voracious Federer fan, and enough talking points to keep an argument going until the small hours. In its portrait of Roger Federer - the man, the player, the icon - this masterly biography brings the player's story up to date, while also examining his place in tennis and sporting history. 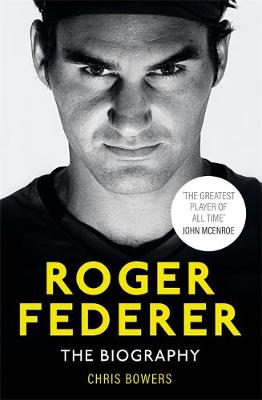 Hardback
Federer: The Greatest of All Time also appears in these Categories: