Betty Boyd Caroli's engrossing and informative First Ladies is both a captivating read and an essential resource for anyone interested in the role of America's First Ladies. Caroli observes the role as it has shifted and evolved from ceremonial backdrop to substantive world figure. This expanded and updated fifth edition presents Caroli's keen political analysis and astute observations of recent developments in First Lady history, including Melania Trump's reluctance to take on the mantle and former First Lady Hilary Clinton's recent run for president. Caroli here contributes a new preface and updated chapters. Covering all forty-five women from Martha Washington to Melania and Ivanka Trump and including the daughters, daughters-in-law, and sisters of presidents who served as First Ladies, Caroli explores each woman's background, marriage, and accomplishments and failures in office. This remarkable lot included Abigail Adams, whose "remember the ladies" became a twentieth-century feminist refrain; Jane Pierce, who prayed her husband would lose the election; Helen Taft, who insisted on living in the White House, although her husband would have preferred a judgeship; Eleanor Roosevelt, who epitomized the politically involved First Lady; and Pat Nixon, who perfected what some have called "the robot image." They ranged in age from early 20s to late 60s; some received superb educations for their time, while others had little or no schooling. Including the courageous and adventurous, the ambitious, and the reserved, these women often did not fit the traditional expectations of a presidential helpmate. First Ladies is an engaging portrait of how each First Lady changed the role and how the role changed in response to American culture. These women left remarkably complete records, and their stories offer us a window through which to view not only this particular sorority of women, but also the role of American woman in general. 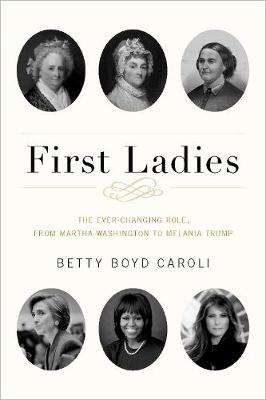