Tekgyozyan's novel has been described as a "virtual movie-novella, where mysticism and urban typologies, grotesque and humourous transitions are all interlaced." He touches on themes previously taboo in Armenian but which characterize much of the new Armenia, including virtual reality, sexuality, suicide, and drugs. His style resonates with an almost cartoon-animated quality. Equal parts humorous, absurd, serious, and surreal, Tekgyozyan is able to draw an animated film on paper, where objects come to life and human beings take on unsuspecting forms. In this novel, one of the characters has hair that seems to have branched out like a tree and comes alive. The two main characters in Fleeting City, Gagik and Grigor, tell the same story but from two different perspectives, adding and subtracting. The result is a narrative as complex as Tekogyozyvan's reality. 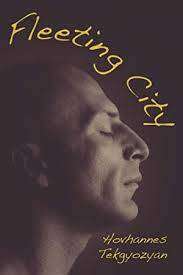 All That Glitters
Danielle Steel
€22.90

Love in the Days of Rebellion
Ahmet Altan
€16.85

Under The Golden Sun
Jenny Ashcroft
€16.85

56% off
A HISTORY OF EUROPE: FROM PREHISTORY TO THE 21ST CENTURY
Professor Jeremy Black
€8.99

56% off
The Whisky Dictionary: An A-Z of whisky, from history & heritage to distilling &
Ian Wisniewski
€7.99

50% off
A History of the World: From Prehistory to the 21st Century
Professor Jeremy Black
€5.99