I think the best way to start when somebody says something can t be done, just look at them and say: why not? Frank Zappa, Los Angeles, 1990. Co de Kloet and Frank Zappa were friends for many years, and during that time Co recorded nearly every conversation the two men had. They also corresponded frequently about life, music, politics, and much more besides and this book offers a unique chronicle of their friendship, from their first meeting in 1977 to Zappa s death in 1993. Co is renowned as an expert on Zappa s music, but this book is about far more than that, and is unlike any other collection of interviews. As his son Dweezil writes in his foreword, Frank was a reluctant and sometimes combative interviewee, yet his conversations with Co were open and wide-ranging. Through more than two decades of these discussions, Frank & Co reveals a thoughtful, sensitive, and expansive Zappa, offering readers new insights into the life and career of one of the great masters of twentieth-century American music. It also includes Co s favourite memories of Frank, as well as interviews Zappa alumni Flo & Eddie, Jimmy Carl Black, Pamela Zarubica, and Don van Vliet, aka Captain Beefheart. 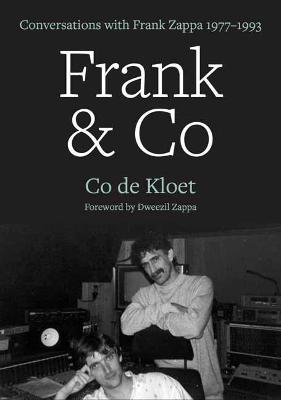