Frenzy and Betrayal: The Anatomy of a Political Assassination

On 6 May 2014, two reports condemning the conduct of Alan Shatter, Minister for Justice, Equality and Defence, were delivered to government buildings in Dublin. Shatter resigned from cabinet the next day under pressure from Taoiseach Enda Kenny, his reputation destroyed and his political career in tatters. The GSOC bugging scandal had precipitated an avalanche of Garda corruption allegations and Shatter was in the eye of the storm. He was savaged by the media, and accusations of his covering up espionage and of ignoring the concerns of whistle blowers such as Maurice McCabe were widely accepted. Damaged by false narratives and political maneuvering by Kenny, he then lost his Dáil seat in 2016, another casualty of the ongoing wave of scandals.Pilloried and demonized by opposition politicians, commentators, and even cabinet colleagues, Shatter was also accused of undermining the administration of justice and of misusing his position to spy on political opponents. From the first phone-tapping allegations to the explosive Charleton Report, this is the phenomenal story of a cataclysmic period in Irish politics from Alan Shatters unique perspective,Compelling, sardonic and searingly honest, Frenzy and Betrayal is the sensational, unprecedented and forensic inside-story of a political assassination, the Irish Post-Truth media, and one of the most turbulent political controversies to rock the Irish political system in decades. 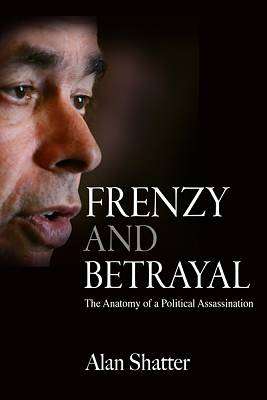 9% offPaperback
Frenzy and Betrayal: The Anatomy of a Political Assassination also appears in these Categories:

Republic of Shame: How Ireland Punished 'Fallen Women' and Their Children
Caelainn Hogan
€12.50