Christopher Power, has penned a book recalling the heroic deeds of the Irish volunteers in Tipperary in the 1920s - including the exploits of his own grandfather, also named Christopher Power. The book focuses on the Anglo Irish war in Tipperary and the Civil War after it, dealing with the various adventures and the fates of the men involved. Events of social and politicial upheaval, with few precedents in Ireland, were visited on this population between 1919 and 1923, which in many ways are still apparent to this day. The reasons for this are complex, controversial and obscure. This book will attempt to shed some light on the course of these events and a possible explanation as to why they have occured. It will also try to give some sense of place and a sense of landscape, which is a hugely important and often over looked aspect of history. 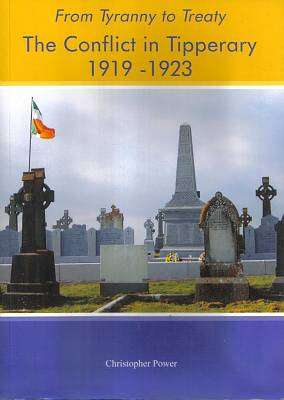 Paperback
From Tyranny to Treaty: The Conflict in Tipperary 1919-1923 also appears in these Categories:

Shadows on my Shoulder
Con Hurley
€12.00

13.5% off
The Boundless and Miraculous: Found Poems in the Letters of Vincent Van Gogh
Larry Stapleton
€19.95

For Every One
Jason Reynolds
€9.85