Harry Styles is an English singer, songwriter, and actor. His musical career began in 2010 as a solo contestant on the British music competition series The X Factor . Following his elimination early on, he was brought back to join the boy band One Direction, which went on to become one of the best-selling boy bands of all time.

Styles released his self-titled debut solo album through Columbia Records in 2017. It debuted at number one in the UK and the US, and became one of the world's top-ten best-selling albums of the year. Its lead single, Sign of the Times, topped the UK Singles Chart. Styles' second album, Fine Line (2019), debuted a top the US Billboard 200 with the biggest first-week sales by an English male artist in history, and was listed among Rolling Stone's "500 Greatest Albums of All Time."

Throughout his career, Styles has earned several accolades, including a Brit Award, a Grammy, an American Music Award, two ARIA Music Awards, and a Billboard Music Award. 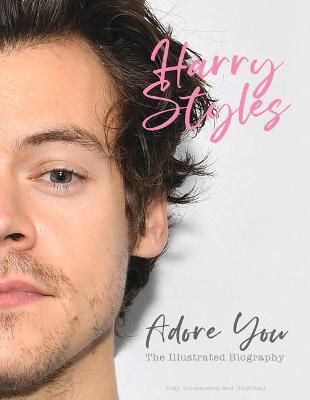 Hardback
Harry Styles: Adore You: The Illustrated Biography also appears in these Categories: