History of a Drowning Boy

Dennis Nilsen was one of Britain's most notorious serial killers, jailed for life in 1983 after the murders of 12 men and the attempted murders of many more. Seven years after his conviction, Nilsen began to write his autobiography and over a period of 18 years he typed 6,000 pages of introspection, reflection, comment and explanation. History of a Drowning Boy - taken exclusively from these astonishing writings - uncovers, for the first time, the motives behind the murders, and delivers a clear understanding of how such horrific events could have happened, tracing the origins back to early childhood. In another first, it provides an insight into his 35 years inside the maximum-security prison system including his everyday life on the wings; his interactions with the authorities and other notorious prisoners; and his artistic endeavours of music, writing and drama. It also reveals the truth behind many of the myths surrounding Dennis Nilsen, as reported in the media. Nilsen was determined to have his memoir published but to his frustration, the Home Office blocked publication during his lifetime. He died in 2018, entrusting the manuscript to his closest friend and it is now being published with the latter's permission. Any autobiography presents the writer's story from just one perspective - his own, and as such this record should be treated with some caution. An excellent foreword by criminologist Dr Mark Pettigrew offers some context to Nilsen's words, and this important work provides an extraordinary journey through the life of a remarkable and inadequate man. 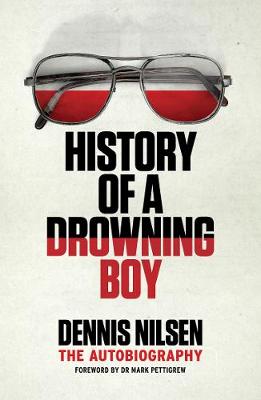 Paperback
History of a Drowning Boy also appears in these Categories: