House of El Book One: The Shadow Threat

Sera is a young soldier, bred her entire life to fight for Krypton. She would die for this planet, but she's never had the time or inclination to live in it. Zahn, however, is a young scientist, full of hope and ideas for how to improve Krypton for all its citizens. And yet, the cracks in his beliefs are beginning to appear. In fact, both Sera and Zahn are unique in ways that will soon drive them from their destinies and toward each other--toward a cataclysmic ending to all that they once held true. Conspiracies and mysteries abound, and against their differences, Sera and Zahn must decide if there is enough time to reveal the truth at the heart of their dying planet; if there is enough time for their emotions to grow into something greater; and if there is enough time to not only fight the future--but to save it. 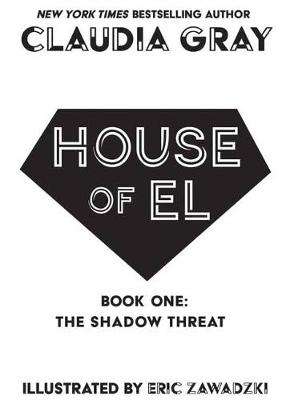 Paperback
House of El Book One: The Shadow Threat also appears in these Categories: