Discover the incredible connection between numbers and reality itself!

Think of a number between one and ten.
No, hang on, let's make this interesting. Between zero and infinity. Even if you stick to the whole numbers, there are a lot to choose from - an infinite number in fact. Throw in decimal fractions and infinity suddenly gets an awful lot bigger (is that even possible?) And then there are the negative numbers, the imaginary numbers, the irrational numbers like p which never end. It literally never ends.

The world of numbers is indeed strange and beautiful. Among its inhabitants are some really notable characters - pi, e, the square root of minus two and the famous golden ratio to name just a few. Prime numbers occupy a special status. Zero is very odd indeed. And even some apparently common-or-garden integers such as 37 have special properties.

How Numbers Work takes a tour of this mind-blowing but beautiful world of numbers and the mathematical rules that connect them. Find out mathematicians' favorite numbers, and the ones they are afraid of (spoiler: it isn't 13). Discover the incredible connection between numbers and the rules of nature. And learn some amazing mathematical tricks that will keep you amused for hours. 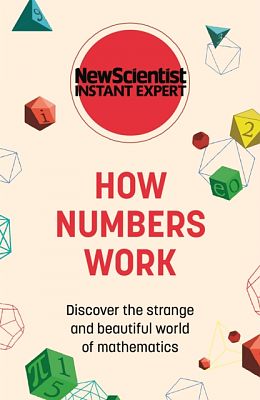 Paperback
How Numbers Work also appears in these Categories: