Once upon a time there was a beautiful princess who suffered a tragedy, the death of her father, a war hero, a philanthropist, a good man, in suspicious circumstances. She fled to New York where she made a new life with a brilliant mathematician. Her name is Ghislaine Maxwell and her lover was Jeffrey Epstein. Through Jeffrey, and her family name, Ghislaine became friends with some of the most powerful people on earth, ex-President Bill Clinton and President-to-be Donald Trump and the second son of the Queen of England, Prince Andrew, the Duke of York.

But this is no fairy tale. HUNTING GHISLAINE sets out the other side of the story, and it's one of the darkest you will ever read.

Ghislaine's father, Robert Maxwell, was a sadist, a war criminal, a monster. His cruelty deformed Ghislaine Maxwell long before she met Jeffrey Epstein. Her one-time lover was convicted for being a paedophile. So Ghislaine's life has been spent serving not one monster but two. 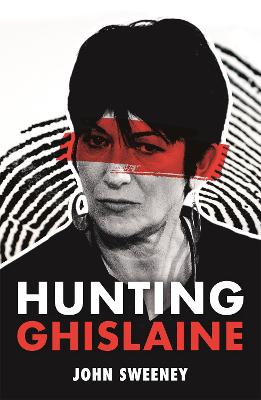 Murder at Home: how our safest space is where we're most in danger
David Wilson
Trade Paperback
€18.75

The Snakehead: An Epic Tale of the Chinatown Underworld and the American Dream
Patrick Radden Keefe
Paperback
€13.75

What Lies Beneath
Peter Faulding
Hardback
€23.75

I Know Who You Are
Barbara Rae-Venter
Hardback
€26.25