I Hate the Internet: A Novel

In New York in the middle of the twentieth century, comic book companies figured out how to make millions from comics without paying their creators anything. In San Francisco at the start of the twenty-first century, tech companies figured out how to make millions from online abuse without paying its creators anything. In the 1990s, Adeline drew a successful comic book series that ended up making her kind-of famous. In 2013, Adeline aired some unfashionable opinions that made their way onto the Internet. The reaction of the Internet, being a tool for making millions in advertising revenue from online abuse, was predictable. The reaction of the Internet, being part of a culture that hates women, was to send Adeline messages like 'Drp slut ...hope u get gang rape.' Set in a San Francisco hollowed out by tech money, greed and rampant gentrification, I Hate the Internet is a savage indictment of the intolerable bullshit of unregulated capitalism and an uproarious, hilarious but above all furious satire of our Internet Age. 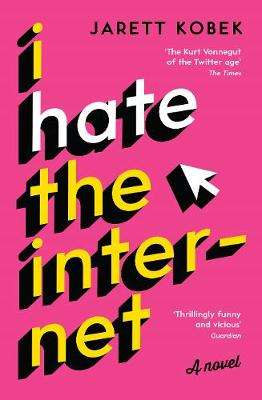 NUIG onlyP
I Hate the Internet: A Novel also appears in these Categories: