The issue of water charges has divided the country. This book will appeal to both sides of the debate by giving an honest, lively and insightful account of the dramatic events before, during and after water charges. It will speak to the one million people who actullay paid their water charges, but also show the scale and intensity of the anti-water charges movement, which succeeded in getting 100,000 people out onto the street and in ultimately reversing the charges.

There were battles fought out at government and boardroom level over the issue, but there were real life confrontations in housing estates between water meter contrators and Gardai on one side and anti-water metering protestors on the other. it sparked off the biggest street protests seen in this country since the march against the Iraq War in 2003.

The drama is in the conflict - and how that led to what once seemed unthinkable - the effective abandonment of water charges. The aim of this book is to bring the story of water charges to life by focusing on the people who were at the heart of it at every level. That includes not only government ministers and their advisers, but also 'the water women' - the carers and housewives in a small number of estates in North Dublin who manned the barricades against water metering contractors. This story will appeal to those on both sides. 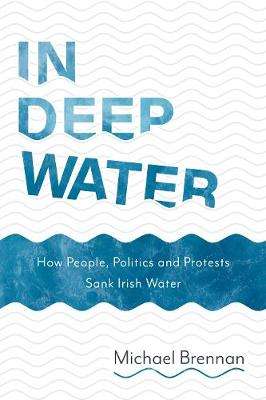 Paperback
In Deep Water also appears in these Categories: