In Search of Fame and Fortune: The Leahy Family of Engineers 1780-1888

In search of fame and fortune is a meticulous reconstruction of the careers of an Irish Catholic professional family who worked as cartographers, builders, engineers and valuators in Ireland between 1800 and 1847, and afterwards in South Africa, Turkey, Trinidad and Jamaica. Patrick Leahy, the family patriarch, progressed from a position on the estate of Sir Vere Hunt in Tipperary in the early nineteenth century to national surveys with the Bogs Commissioners and participation in projected road, railway and canal schemes. During this time he produced a significant number of manuscript maps, some of which are published here. Leahy and his son, Edmund, were among the first group of county surveyors appointed in 1834 and served until 1846 in the East and West Ridings of Cork. With two other members of the family, Denis and Matthew, they conducted a substantial private practice in engineering, engaged heavily in railway promotion and acted as contractors on public and private projects. Patrick Leahy's eldest son, also patrick, became archbishop of Cashel and Emly in 1857.

Controversies, detailed in the book, dogged their working lives forcing them to leave Ireland. But they used imperial connections to secure employment on railway, mining and other projects in South Africa, Eastern Europe and further afield from 1847 onwards. In the 1860s, Matthew and Denis served in succession as Colonial Engineer in Trinidad where they both died prematurely. In Jamaica, where he was Colonial Engineer and Architect, Edmund was dismissed following his involvement in a tramway scandal on the eve of the rebellion of 1865. He returned for a brief sojourn in Ireland where he played a major part in the infamous Cashel election of 1868, the corrupt conduct of which led to the disfranchisement of the borough. 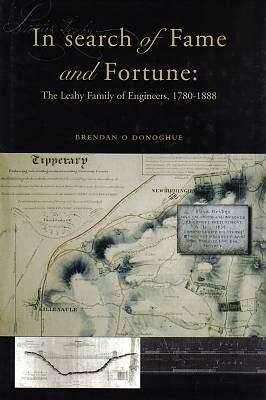 Hardback
In Search of Fame and Fortune: The Leahy Family of Engineers 1780-1888 also appears in these Categories: