In the Reign of King John: A Year in the Life of Plantagenet England

A vivid and richly illustrated portrait of English society in the penultimate year of the reign of a king with the worst reputation of any in our history. 1215 is chiefly remembered for King John attaching his seal to Magna Carta in a quiet Thames-side water-meadow - a milestone in the history of liberty. But it was also a year of crusading and church reform, of foreign wars and dramatic sieges - a year in which London was stormed by angry barons and England invaded by a French army. As well as describing these upheavals, Dan Jones introduces us to the ordinary people of thirteenth-century England - how and where they worked, what they wore, what they ate, and what role the church played in their lives - to create a vivid gripping portrait of an extraordinary year in English history. 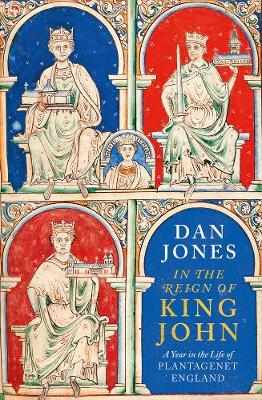 Hardback
In the Reign of King John: A Year in the Life of Plantagenet England also appears in these Categories: