James Joyce: Poems And A Play

James Joyce, though better known as a novelist, was also an accomplished poet. Chamber Music, his debut collection, fused the styles of the Celtic Revival with his own brand of playful irony and has inspired composers as diverse as Samuel Barber, Luciano Berio and Syd Barrett. His second collection, Pomes Penyeach, written between 1904 and 1924 sounds intimately autobiographical notes of passion and betrayal that resonate through the rest of his work. Other poems include the well-known 'Ecce Puer', written for his newborn grandson, and his fierce satires, 'The Holy Office' and 'Gas from a Burner'.

Joyce's only play, Exiles, was written in 1914-15. Influenced by Ibsen, whom Joyce greatly admired, it tells the story of writer Richard Rowan, and his partner Bertha, who must live in defiance of social convention in Dublin or return to exile in Rome. At the same time, it is a richly nuanced drama involving two love triangles and exploring Joycean themes of human freedom and dignity, sexual jealousy and guilt, love and friendship. Exiles is also a portrait of the artist, drawing on Joyce's own complicated relationships - with Nora Barnacle, and with Ireland itself, which he was never to visit again - at a time when he was just embarking on his greatest novel, Ulysses. 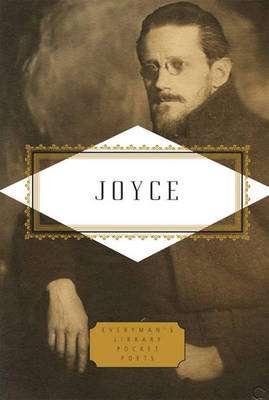 3.5% offHardback
James Joyce: Poems And A Play also appears in these Categories:

3.5% off
Irish Drama and the Other Revolutions: Playwrights, Sexual Politics and the Inte
Susan Cannon Harris
€30.10