John Moriarty: Not the Whole Story

John Moriarty was a man who was gloriously indefinnable- a writer, philosopher, teacher, gardener, poet, mystic, ordinary man - and ultimately, and surprisingly, a missionary in the tradition of the early Irish monks. He was a missionary for a newly-imagined Christianity, one that might go back to its roots to include Taoists, Hindus, Jews, Muslims, atheists, scientists, plants and animals, the Earth, the stars and the galaxies. His Christianity could heal what he called `the bog sadness' of the world; it could enable us to `walk beautifully on the earth' and to be content with the Paradise that can be known in the here-and-now. His Christianity would help to grow and nourish a sense of soul. `What is wrong,' he asked, `about emerging into a sense of wonder?' Moriarty's work can be daunting; McGillicuddy's book is an attempt to provide a key - to open the door into his genius, ensuring that his legacy will not be lost. 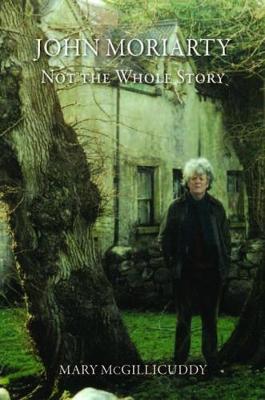 11% offPaperback
John Moriarty: Not the Whole Story also appears in these Categories:

The Little Art of War Book: Strategies to Live By
Orange Hippo!
Hardback
€7.50

Rationality: What It Is, Why It Seems Scarce, Why It Matters
Steven Pinker
Hardback
€31.25

The Mobile Philosopher: Matters of Lunch and Death
Will Bynoe
Paperback
€8.40

One Swallow Does Not Make a Summer
Aristotle
Paperback
€7.40

A Short History of Philosophy: From Ancient Greece to the Post-Modernist Era
Dr Peter Gibson
Paperback
€12.35

Thank You for Arguing: The Art of Persuasion
Jay Heinrichs
Paperback
€13.55