Captain, father, leader, a fearless ambassador for the causes he believes in and a world-class midfielder, Jordan Henderson is all of these things - and it is why he is one of the most widely respected players of his generation. His story will go down in legend but his story also carries an inspirational message for anyone, showing hurdles and barriers won't stop you reaching your goals. In this, his first autobiography, Jordan reveals how an early love for the game as a kid became an all-consuming passion growing up in Sunderland and the moments and role models that encouraged him to follow his dream to play for his home club. Transferred to Liverpool in June 2011, Jordan's early years at the club saw him struggle to settle under Sir Kenny Dalglish then Brendan Rodgers before eventually establishing himself at Anfield as a force of nature in midfield. In June 2015, Jordan took the reins from Steven Gerrard. Under his captaincy, Liverpool have won six trophies headed by the Champions League and the Premier League, bringing the club its first league title in 30 years. In this book, Jordan charts his decade-long journey with the Reds - he is one of only five men to play ten season for the club in the modern era - as well as his incredible experiences within the England squad. He is the only player in history to have been named England Player of the Year at both under-21 and senior level. Full of heartache, excitement and triumph, this is a candid insight into the life of a top-flight footballer as you've never read before.

Printed on or after 27/10/22. Please note dispatch may take 5-10 days after publication date.
A separate order should be placed for this item. If you order this along with other items, your entire order will be held and despatched when complete. 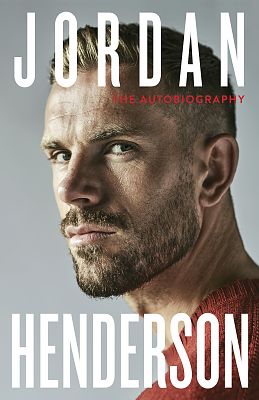 Calling the Shots: How to Win in Football and Life
David Dein
Trade Paperback
€21.25