From within King's Reach Tower on the banks of the Thames, John Sanders masterminded the output of Britain's biggest comics publisher over twenty-five years. Overseeing the launch of hugely popular titles like Tammy, Battle and the revolutionary 2000 AD, Sanders fought corporate battles to expand the UKs' comics output, faced down the government and the media in censorship battles and ultimately came up against a crooked business tycoon. Leading an industry that at its peak sold 10 million comics per week, Sanders launched over a hundred new titles, faced massive social change and strove to keep comics relevant to generation after generation. With artists employed across the globe to service the voracious appetite of readers, Sanders was in the hot seat for battles with his creative workforce and saw changing standards and industry disputes. In this memoir he reveals, for the first time, his story and that of the medium that would go on to dominate global culture. 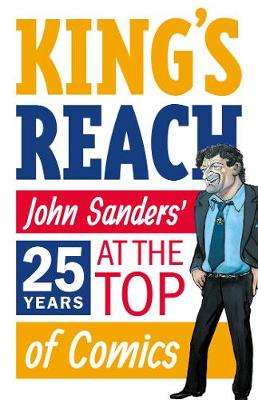