A birthday cake with 130 candles on it would light up Anfield, but not as much as the players, managers and supporters of Liverpool FC have done.

Five years ago, a bestselling title called LFC 125: An Alternative History was published to celebrate the clubs anniversary and now, as we approach another milestone, this popular book has been updated with new stories.

If youre thinking this is a drab trawl through 130 years of history then think again. This 480-page hardback book takes readers on a rather different journey through time. Its about people. Its about moments. Places. Managers. Trophies. Tragedies. Medals. Away days. Forgotten nights. Banners. Goals. Goalies. Hat-tricks. Heroes. Villains. Secret missions. Kits. Songs. Legends. Legacies. Derbies. Pubs. Liver Birds. Celebrations. Mosaics. Memorabilia. Memories. Kopites. Its about 130 varied things that made Liverpool FC the successful, iconic, fabled football club that is loved by millions around the globe, but told in a completely different way as this official anniversary book brings to life the unique story of one of the games most famous, successful clubs.

As Jurgen Klopp and his team compete for more honours, LFC 130: An Alternative History will appeal to the many thousands of Liverpool fans wanting to revel in the clubs history. 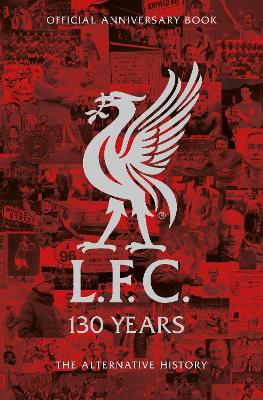 The Fastest Men on Earth: The Inside Stories of the Olympic Men's 100m Champions
Neil Duncanson
Paperback
€12.50

Red Card: FIFA and the Fall of the Most Powerful Men in Sports
Ken Bensinger
Paperback
€12.50

119 Days to Go: How to train for and smash your first marathon
Chris Evans
Hardback
€16.05

The Mixer: The Story of Premier League Tactics, from Route One to False Nines
Michael Cox
Paperback
€13.55