Thanks to his sublime skill, mesmerizing vision and incredible goal-scoring record, Lionel Messi is widely regarded as the world's greatest footballer and, for a player who will turn 33 in June 2020, there is a strong argument he is the greatest footballer of all time. Lionel Messi: The Ultimate Fan Book is an illustrated celebration of this footballing magician and contains everything a fan could want to know about the Barcelona and Argentina superstar. Illustrated throughout, the book charts Lionel Messi's incredible career, exploring his early years in Argentina through to becoming a four-time Champions League winner and five-time FIFA World Player of the Year, to say nothing of countless domestic awards and trophies. Fully revised and updated to include the Copa America 2019 and his 10th La Liga title in June 2019, written in a lively, buzzing style and filled with fun features, fantastic photographs and enlightening quotes, Lionel Messi: The Ultimate Fan Book celebrates La Pulga Atomica's (The Atomic Flea's) greatest moments and most famous goals, and gives readers a special insight into how he became the world's greatest footballer. 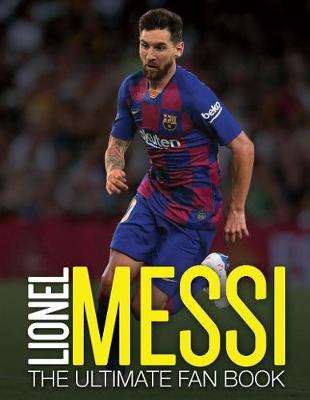 Time for Tea: A First Book of Cookery
Shirley Hughes
€15.65

12% off
The Story of Croke Park
Micheal O Muircheartaigh

Sew Your Own Unicorn Bunny Slippers
Editors of Klutz
€18.50

6% off
Football Superstar Skills: Learn to play like the superstars
Aidan Radnedge