March of the Lemmings: Brexit in Print and Performance 2016-2019

'A true genius of comedy' Grayson Perry As a Metropolitan Elitist Snowflake, Stewart Lee was disappointed by the EU referendum result of 2016. But he knew how to weaponise his inconvenience - and the result is March of the Lemmings. Drawing on three years of newspaper columns, a complete transcript of the Content Provider stand-up show, and Lee's caustic footnote commentary, this is the scathing record the Brexit era deserves. With a riotous cast of characters (including a Lemming-obsessed Michael Gove), a dramatic chorus of online commenters and Kremlin bots, and Lee himself as our unreliable narrator-hero, this is the ultimate companion to the Brexit horror show. 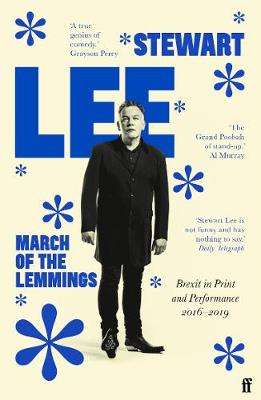 Paperback
March of the Lemmings: Brexit in Print and Performance 2016-2019 also appears in these Categories: