The bestselling author of Crisis Economics argues that we are heading toward the worst economic catastrophe of our lifetimes, unless we can defend against ten terrifying threats. Renowned economist Nouriel Roubini was nicknamed "Dr. Doom," until his prediction of the 2008 housing crisis and Great Recession came true - when it was too late. Now he is back with a much scarier prediction, one that we ignore at our peril. There are no fewer than ten overlapping, interconnected threats that are so serious, he calls them Megathreats. From the worst debt crisis the world has ever seen, to governments pumping out too much money, to borders that are blocked to workers and to many shipments of goods, to the rise of a new superpower competition between China and the U.S., to climate change that strikes directly at our most populated cities, we are facing not one, not two, but ten causes of disaster. There is a slight chance we can avoid them, if we come to our senses - but we must act now. In the 1970s, the U.S. faced stagflation: high rates of inflation combined with stagnant employment and growth. Today, we are heading toward a Great Stagflation that will make the 1970s look like a walk in the park. 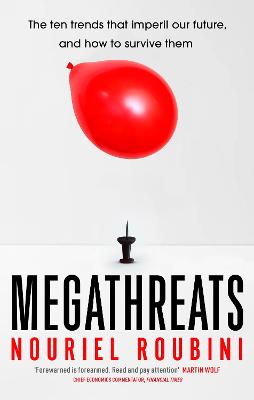 Beyond Self-Interest: Why the Market Rewards Those Who Reject It
Krzysztof Pelc
Paperback
€13.75