Michael Faraday is one of the best known scientific figures of all time. Known as the discoverer of electro-magnetic induction, the principle behind the electric generator and transformer, he has frequently been portrayed as the 'father' of electrical engineering from whence much of his popular fame derives. This Very Short Introduction dispels the myth that Faraday was an experimental genius working alone in his basement laboratory, making fundamental discoveries that were later applied by others.

Instead, it portrays Faraday as a grand theorist of the physical world profoundly influencing later physicists such as Thomson (Kelvin), Maxwell, and Einstein. Frank A.J.L. James explores Faraday's life from his origins in eighteenth-century Westmorland and Yorkshire, his religious and scientific background, to the growth of his fame in the nineteenth and twentieth centuries.

As well as introducing his scientific research, he also puts Faraday in the various institutional contexts in which he lived and worked, including the Royal Institution, the Royal Society, Trinity House, and other agencies of the state. James therefore provides a commentary on the rapidly changing place of science in nineteenth-century society, especially in regards to its role in government and the growth of a professional scientific community. 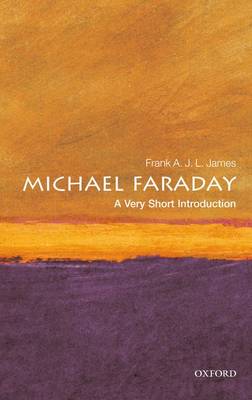 A Short History of Nearly Everything
Bill Bryson
Paperback
€13.55

An Answer for Everything: 200 Infographics to Explain the World
Delayed Gratification
Hardback
€20.99

The Importance of Being Interested: Adventures in Scientific Curiosity
Robin Ince
Trade Paperback
€18.50

How to Make an Apple Pie from Scratch
Harry Cliff
Trade Paperback
€18.50

Vaxxers: The Inside Story of the Oxford AstraZeneca Vaccine
Sarah Gilbert
Trade Paperback
€18.50

Maths on the Back of an Envelope
Rob Eastaway
Paperback
€11.10

Under a White Sky: The Nature of the Future
Elizabeth Kolbert
Trade Paperback
€16.05

The Self Delusion
Tom Oliver
Paperback
€12.20