Naming of the Bones

The poems in Naming of the Bones touch on Christian values and work towards a significant faith, at the same time focusing on the wonders of an evolving cosmos. The poems delight in the things of the earth, suggesting a secular Christianity. They hope justice will overcome human greed and violence, while they assent to the seasons developing of our landscapes and the beauty and dangers of our place in creation. The sequence 'Like the Dewfall' works with the music of the French composer Olivier Messiaen and his double piano masterpiece, 'Visions de l'Amen', a suite of seven pieces for two pianos, composed in 1943 during the Nazi Occupation of Paris. Messiaen describes the music as seven reflections of the lives of those who accept their existence with gratitude, an acceptance the poem accept, passionate, lyrical and deeply engaged. Other poems connect the 'landscape, sea-scape and sky-scape' of the Achill of Deane's formative years to the 'wonders of the Christian faith' with a sacramental awareness that is a striking feature of many of the poems. Fiona Sampson wrote in the Financial Times, 'The poetry here is always beautiful, and always high stakes because infused with spirituality.' And the theologian Cyril O'Regan comments, 'if Deane is not a prophetic poet by most modern standards - that is, we have to strain to hear denunciation - nonetheless, precisely as a poet he understands himself to be a witness: Poetry tells the truth that we would not tell, lifts the veil on the human condition that we would prefer not to be lifted.'

Despatched after 25/11/21. A separate order should be placed for this item. If you order this along with other items, your entire order will be held and despatched when complete. 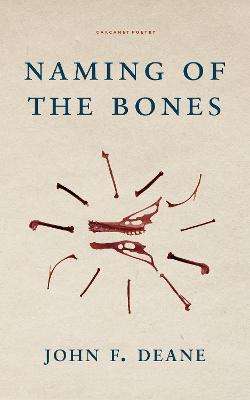 Paperback
Naming of the Bones also appears in these Categories:

Warning: When I am an Old Woman I Shall Wear Purple
Jenny Joseph
Hardback
€8.65