Napoleon : A Life in Gardens and Shadows

A revelatory portrait of Napoleon to mark the 200th anniversary of his death, written for our own time, not in power politics or epic battles, but through his love of nature and the gardens that gave his revolutionary life its light and shade.

Napoleon's gardens range from his childhood olive groves in Corsica, to Josephine's gardens and menageries in Paris, to gardens in Cairo, Rome and on Elba, to the walled garden of Hougoumont at the battle of Waterloo, and ultimately to Napoleon's final garden on St Helena, where Chinese labourers built him a summerhouse where he could sit and scan the sea in his final months.

During the French Revolution ideas about nature - human nature, the natural world and exchanges between the two - were at the centre of fierce political debates and events. In this lively and perceptive cultural history, Napoleon is placed firmly in this context: he wanted to see himself as a patron of the sciences and progress, bringing an end to the Revolution and binding up its wounds. In fact he unleashed an era of destruction and war, causing millions of deaths across Europe.

In this innovative biography, as uniquely fitting its subject as Ruth Scurr's applauded portraits of Robespierre and John Aubrey, Napoleon emerges a giant figure made human, seen through the eyes of those who knew him best - close witnesses, rich and poor, famed and obscure - in the shade of his gardens. The result is vivid, multidimensional and haunting, throwing us back in time, so that we see him before us, both as the Emperor hunting for glory and the man in an old straw hat, leaning on his spade. 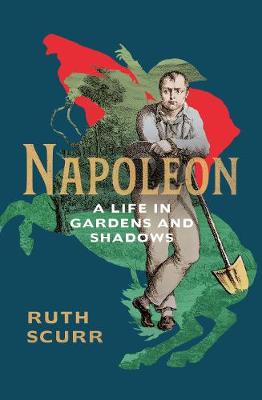 Hardback
Napoleon : A Life in Gardens and Shadows also appears in these Categories:

Madhouse at the End of the Earth
Julian Sancton
Trade Paperback
€18.30