In North America, the Indigenous literature we know today reaches back thousands of years to when the continent's original inhabitants first circled fires and shared tales of emergence and creation, journey and quest, heroism and trickery. Sean Teuton tells the story of Indigenous literature, from the time when oral narrative inspired the first Indigenous writers in English, through later writers' appropriation of genres to serve the creative and political needs of the times. In this lucid narrative he leads readers into the Indigenous worlds from which the literatures grows, where views about land and society and the role of humanity in the cosmos continue to enliven western understanding. In setting Indigenous literature in historical moments he elucidates its various purposes, from its ancient role in bringing rain or healing the body, to its later service in resisting European invasion and colonization, into its current place as a world literature that confronts dominance while it celebrates imagination and the resilience of Indigenous lives. Along the way readers encounter the diversity of Indigenous peoples who, owing to their differing lands, livelihoods, and customs, evolved literatures adapted to a nation's specific needs. While, in the nineteenth century, public lecture and journalism fortified eastern Indigenous writers against removal west, nearly a century later autobiography enabled western Indigenous authors to tell their side of the winning of the west. Throughout he treats Indigenous literature with such complexity. He describes the single-handed invention of a written Indigenous language, the first Indigenous language newspaper, and the literary occupation of Alcatraz Island. Returning to contemporary poetry, drama, and novel by authors such as D'Arcy McNickle, Leslie Silko, Sherman Alexie, Louise Erdrich, Craig Womack, Teuton demonstrates that, like Indigenous people, Indigenous literature survives because it adapts, honoring the past yet reaching for the future. ABOUT THE SERIES: The Very Short Introductions series from Oxford University Press contains hundreds of titles in almost every subject area. These pocket-sized books are the perfect way to get ahead in a new subject quickly. Our expert authors combine facts, analysis, perspective, new ideas, and enthusiasm to make interesting and challenging topics highly readable. 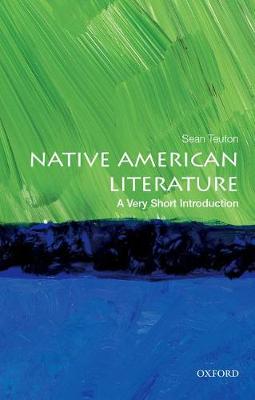 A Cup of Sake Beneath the Cherry Trees
none Kenko
Paperback
€2.50

20% off
Lives of the Saints - Signed Edition
Sebastian Barry
Hardback
€14.99

And Yet...: Essays
Christopher Hitchens
Paperback
€13.55

Mastering the Process: From Idea to Novel
Elizabeth George
Paperback
€13.40

Notes to Self
Emilie Pine
Paperback
€12.05

On Editing: How to edit your novel the professional way
Helen Bryant
Paperback
€18.30

I Want to Die but I Want to Eat Tteokbokki
Baek Sehee
Hardback
€16.25

The Book About Everything
Declan Kiberd
Trade Paperback
€18.75

Why We Read
Josephine Greywoode
Paperback
€11.25

Cultural Amnesia: Notes in the Margin of My Time
Clive James
Paperback
€18.75